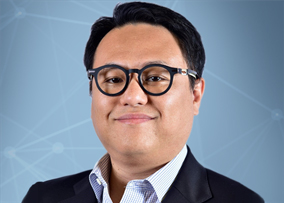 Kenneth joined Amicorp Group as a Managing Director of the Hong Kong office. Kenneth is an accountant by training and specializes in mergers and acquisitions. Kenneth has extensive experience in many industries, including life sciences, infrastructure, power and utilities, industrial and consumer products, auto, real estate, media, entertainment, technology, oil and gas/resources, and others, across many geographies.

Kenneth has advised clients of varying sizes and nature in executing their cross-border growth strategies, both inbound into Asia Pacific and outbound to the Americas, Europe, and the rest of the world. He also has considerable knowledge and practical expertise in navigating mainland China having lived and worked there for some ten years.

Kenneth’s clients include both multinationals headquartered in the US, Japan, or Europe and leading Chinese enterprises (private and state-owned) in recent years. In addition to corporates, Kenneth worked with many leading private equity firms and venture capitalists, international and Chinese-backed venture capitalists.

Aside from M&A-related matters, Kenneth had previously taken up various official named positions of companies, including acting as company secretary and authorized representative for several Hong Kong main board listed companies.
Before venturing into the corporate services sector, Kenneth spent about 20 years with a Big 4 accounting firm. In his last role there, he was a Partner with their Transaction Advisory Services Group in Beijing between 2008 and 2018.

Kenneth is a frequent speaker on corporate governance, compliance, mergers and acquisitions workshops, and seminars in Hong Kong and China. He has also written, contributed, and been interviewed for several articles in various mainstream Hong Kong and mainland Chinese newspapers and journals, as well as other industry or association papers/publications.