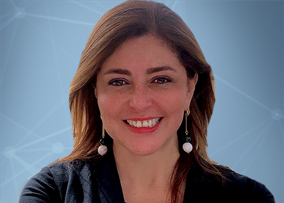 Maria Eugenia Hernández is a Spanish national who has worked within Amicorp since 2007. Since August 2013 she has worked in our Barcelona office as a Director of Amicorp de España, S.L. Prior to joining us in Barcelona, Maria spent 6 years at Amicorp Curaçao B.V., where she was the corporate team coordinator for Latin America and responsible for two thousand companies. Maria is a member of STEP.

Maria has worked for various companies most notably BBVA as a corporate account manager; within Investment Divater, a family business, as their managing director; and at Monteavila University as the postgraduate general coordinator prior to working at Amicorp in 2007.