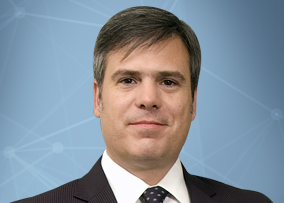 Carlos Fitte is an Argentine national. He holds an LLM in International Economic Law from the University of Warwick, UK, through a scholarship awarded by the British Foreign Office. Additionally, he holds a Law degree with specialization in Corporate Business and a Bachelor in Law from the University of Buenos Aires. Furthermore, since 2011 he is director of STEP South America Branch Committee.

Carlos has worked in corporate business and taxation since 1993. His professional experience includes working in Arthur Andersen’s Tax and Legal Department as a tax consultant; at Baker & McKenzie as an associate in the Banking and Capital Markets Department, both in Buenos Aires, and for CITCO in Curaçao as head of the Latin American Desk.

In 2005 Carlos joined Amicorp Group’s Miami Representative Office as marketing director. In 2007 he relocated to Buenos Aires where he set up our office which he currently manages.

Carlos speaks Spanish and English and some knowledge of French and Dutch.