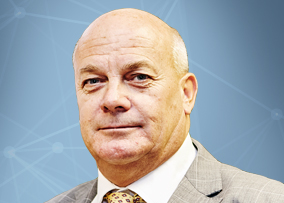 Hanno is a Dutch national, born in Oegstgeest, the Netherlands. He holds a Bachelor of Science degree in Education and Computer Sciences.

Hanno joined the Amicorp group in 2003 in the position of Chief Information Officer. As CIO, he was responsible for directing the global IT teams, overseeing Amicorp’s capital technology investments, IT strategy and governance. He was also actively involved in the business process outsourcing services out of Amicorp´s India office.

In 2010, Hanno became responsible for the BPO division where he promotes business opportunities and oversees the operational activities in Amicorp’s outsourcing centers.

Prior to 2003, Hanno worked in the shipping industry in the Netherlands and in Germany, and then in 1997 moved to Curaçao where he worked for a major insurance company. In 2000, taking on a new challenge, he joined a trust and fund services company as IT Director, for which he moved to New York in 2002.

Hanno is fluent in Dutch, English and German and has knowledge of Spanish and French.